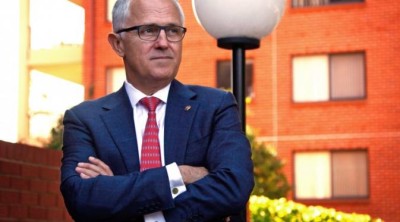 Canberra, Jejamo.com– Today (14/9/2015) marks the commencement of new day for Australia as local media recently reported his failure to remain in Prime Ministerial position following information suggesting the fact that he was voted out by Liberal Party.

Malcolm Turnbull from the Liberal Party had confronted Tony with a surprising challenge of leadership vote. According to the national affairs news presented in The Australian, Turnbull announced his demand to challenge Abbot at around 4 pm today and went to request for a ballot revising poor polling and internal division.

Just 6 hours ago, Turnbull who previously professed as a Communication Minister, held a ‘packed’ press conference confirming his proposition of challenging Tony Abbott and made some necessary arrangements for the meeting held later today.

“This course of action has been urged on me by many people over a long period of time. It is clear enough that the Government is not successful in providing the economic leadership that we need,” Turnbull shared in his early statement as quoted in ABC.net.au

The recently defeated Abbott previously addressed media in Canberra on the evening of Monday 14 September 2015 claiming that he has been ‘dismayed by the destabilization that has been taking place now for many, many months”, as cited in Sydney Morning Herald.

Turnbull however, stated in his speech that if Australia ‘continue with Mr Abbott as Prime Minister, it is clear enough what will happen’ which clearly suggested his ambition to take over Prime Ministerial seat and make credible changes for the country’s ‘sake, for the government’s sake, for the party’s sake’.

The verdict however shows otherwise with Malcolm Turnbull officially announced as Australia’s 29th Prime Minister following successful ousting of Tony Abbott in a party room ballot held in Canberra tonight. Abbott was voted out by Liberal Party with the end ratio 54-44. Abbot, only made it as Prime Minister of Australia for only 1 year and 362 days.(Liputan6)