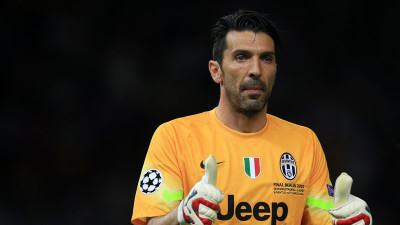 Manchester, jejamo.com – Juventus goalkeeper Gianluigi Buffon believes that Manchester City can go all of the way in this season’s UEFA Champions League.

Mcfc.co.uk report, despite the fact that City have failed to make it past the Round of 16 stage in four attempts, the legendary goalkeeper is of the opinion that the Blues will be there or thereabouts in this year’s tournament.

Buffon also expressed his relief that Sergio Aguero will be missing from the home line-up on Tuesday night but warned that the opposition is full of other potential threats in this mouthwatering Group D opener.

“For me it will be my first time playing in this stadium, against City who are one of the candidates to win the Champions League,” he told journalists in the pre-match press conference at the Etihad Stadium, Monday, 9/15/2015.

“They have seven or eight attacking players who could play in Europe’s top five.

“We want to play our own game, as we always do. I think we’ll be in for an entertaining encounter tomorrow.

“It will be great to kick off our Champions League campaign with such a testing fixture.”

Juventus have endured a difficult start to their Serie A defence, failing to win any of their opening three games.

Buffon put this down to a high turnover of players in the summer transfer window and backed the Old Lady to come good once the squad had benefitted from time together to gel.(*)